The 7 Different Types of Allergies

If you’re constantly sneezing, have itchy and watery eyes, or you’re coughing up a storm, you’re probably experiencing allergy symptoms. With that said, you’re far from alone — over one in six Americans experience some type of allergy.

But not everyone experiences allergies in the same way. Some people might wheeze when they go outside, and others might get a runny nose from just sitting on the couch. Some people get rashes on their skin from wearing jewelry, while others get an itchy throat from eating certain foods.

As diverse as allergies can be, they’ve all got one thing in common: they’re zero fun, but very treatable. So let’s take a look at all of the different types of allergies so you can learn what to avoid and how to better fight back against them.

When you wake up in the morning and see tons of yellow specks all over your car, it’s probably because it’s pollen season. Pollen is a powdery substance that consists of microspores from the seeds of plants; it’s how budding flowers reproduce.

Like most allergens, these don’t actually pose inherent harm to your health. However, your immune system may perceive pollen as a threat. Some individuals have a large amount of IgE antibodies in their immune systems; these are chemicals released when exposed to certain triggers, such as pollen, that travel to cells and elicit the symptoms of allergic reaction.

Symptoms of pollen allergies are often respiratory, such as coughing, sneezing, runny nose, or nasal congestion. However, itchy, watery eyes and headaches are equally common.

You can avoid pollen allergies by looking at the pollen count each day before you venture outside. Dry, windy days tend to see higher pollen counts because the tiny particles can shoot through the air more easily than on humid days.

Additionally, you can wear sunglasses to help prevent particles from getting into your eyes or wear a face covering to make it less likely to inhale these mellow yellow menaces.

However, antihistamines will only attack the symptoms of allergies – they won’t pinpoint the source. That’s where allergy immunotherapy comes in. Immunotherapy is a long-term process that gradually exposes your immune system to an allergen over time. This slow exposure lets you build up a tolerance so that pollen no longer has as much of an effect.

Plus, grass pollen immunotherapy can be taken sublingually, meaning no needles and no pain.

Take your free allergy consultation today to learn if you qualify for this life-changing prescription medication.

Medicine is supposed to make you feel better – not worse. But if you have a drug allergy, (also referred to as a medication allergy) taking certain medications may cause an uncomfortable and possibly life-threatening immune response.

While any drug can elicit a reaction, there are certain medications that are commonly linked to allergies. These include:

The most common symptoms of a drug allergy include hives or rash, tightening of the airways, trouble breathing, nausea or abdominal cramps, dizziness or lightheadedness, drop in blood pressure, weak or rapid pulse, and loss of consciousness.

It’s not fully understood why certain medications cause a reaction, but it’s due to the fact that your immune system mistakenly identifies these medications as harmful substances. The body then becomes sensitized and tries to expel the foreign trigger by unleashing a flood of symptoms.

Insect stings are outdoor allergens, but they aren’t caused by inhaling bugs or other particles. Instead, some people may have an allergic reaction to the venom of certain insects, like wasps or hornets.

Getting stung by a bee is painful no matter what, but it’s just a minor inconvenience for most people. However, those with insect sting allergies can experience a slew of other symptoms, some of which can be life-threatening.

Symptoms of an insect sting allergy include pain, redness, swelling, itching, hives, and potentially, anaphylaxis, which is a medical emergency. The severity of symptoms varies from person to person.

Preventing insect stings is easier said than done, but you can protect yourself by wearing long sleeves to expose less open skin. Additionally, if you know you have an insect sting allergy, carry an epinephrine pen with you in the event of anaphylaxis.

Latex allergies are a form of contact dermatitis, which occurs when an allergen comes into contact with the surface of the skin. Latex is a natural rubber that is often found in sanitary gloves, balloons, or condoms.

Symptoms of a latex allergy, and other forms of contact dermatitis, include:

Some people may also experience a latex reaction from inhaling airborne latex products. Latex gloves are especially susceptible to releasing particles within the immediate surrounding air when used.

The best course of action for preventing latex allergies is to avoid them. However, there are plenty of gloves and condoms that are entirely latex-free for individuals who are at-risk. Just check the product label before you buy.

The mold that causes allergies isn’t the same mold on that three-week-old piece of bread. Airborne mold spores come from fungi that typically thrive in dark, humid environments in your home. Your basement, bathroom cabinets, or under your sink are prime locations for mold to thrive.

Mold allergies can lead to a runny nose, congestion, coughing, dry skin, watery eyes, and sneezing. It can also aggravate asthmatic symptoms and lead to wheezing, chest tightness, or shortness of breath.

To prevent mold allergies, you can use dehumidifiers in areas with excess moisture and humidity. Mold has a more difficult time growing in dry environments.

There’s nothing better than curling up on the couch with a puppy or a kitty. But if just the thought of a cat or a dog makes you sneeze, you might be allergic to pet dander.

The fur on an animal isn’t the allergen itself, it’s the dander. Also, the coats of dogs and cats are like a magnet for other types of allergy triggers like pollen, dust, and mold. When your furry friend sheds, it’s likely that they’re also releasing tons of these triggers into the air with them.

Preventing the symptoms of a pet dander allergy is similar to avoiding dust mite allergies. Keeping surfaces clean, especially couches and bedding is essential. Also, be sure to bathe your pet and brush them often to cut back on shedding.

Peanut allergies are the most common type of food allergy trigger in the country, with more than one in 50 children being affected. Symptoms of a peanut allergy include diarrhea, difficulty breathing, skin rash, hives, nausea or vomiting, swelling of the tongue or lips, and stomach cramps.

However, food allergies are one of the greatest risks of a life-threatening allergic reaction called anaphylaxis. During anaphylactic shock, the body releases a flood of chemicals, narrowing the airways and lowering blood pressure. It requires a shot of epinephrine and a trip to the emergency room to be treated appropriately.

The best way to prevent food allergies is to avoid eating them. Be sure to check food labels before eating, and tell your waiter at restaurants that you have a food allergy so that your food is prepared separately from potential allergens.

Knowing your allergy triggers is the first step towards finding relief, and you can figure it our right from the comfort of home with Cleared’s at-home allergy test. This test scans for 40 common indoor and outdoor allergy triggers so you can know what to avoid.

If you still need a little extra guidance, your online allergist is here and ready to help. your free consultation today and get started on the path towards a clearer, more allergy-free life.

A Brief Guide to Mold, Moisture and Your Home | US EPA. 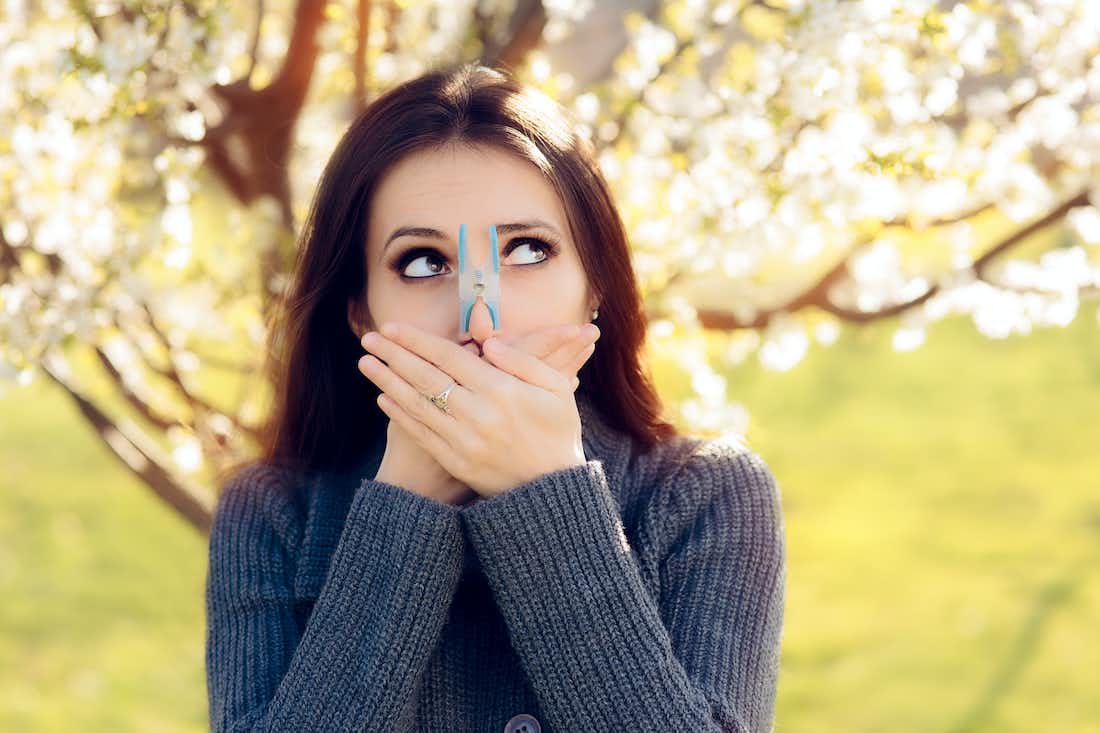 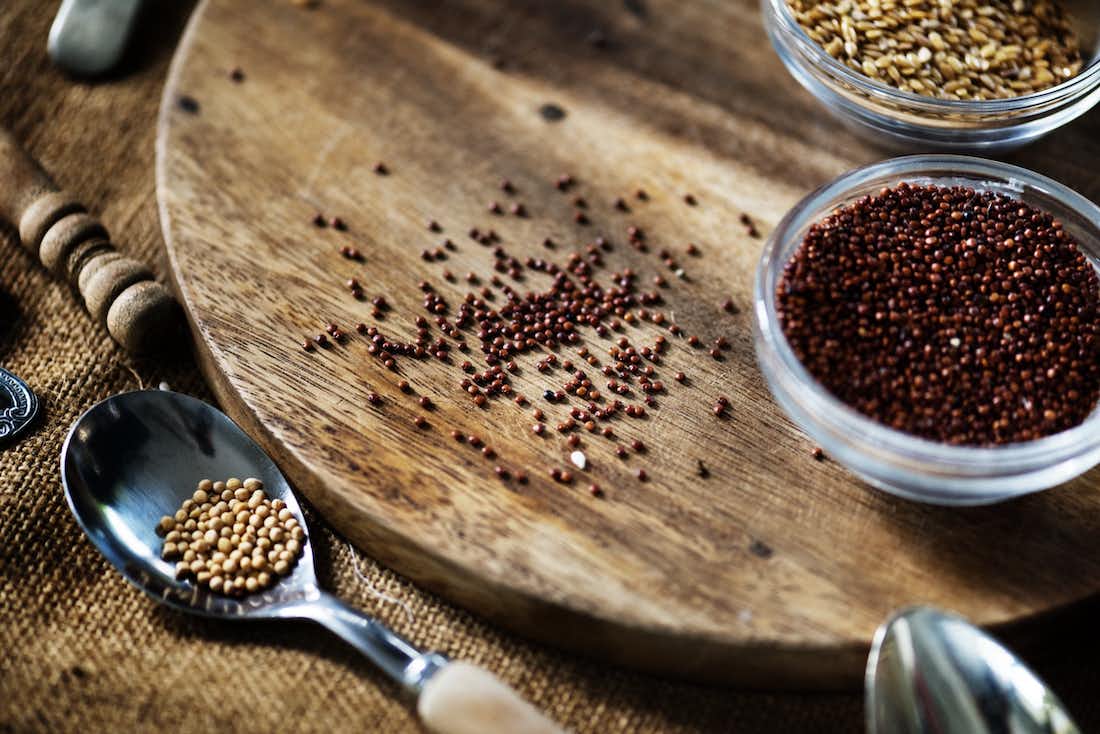